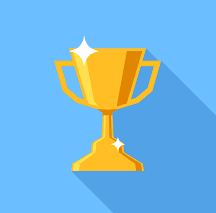 1Stream has been selected by Collab as its Partner of the Year in Africa, 2018.

The Collab Partner of the Year Awards consist of five awards corresponding to the five distinct regions, namely Africa, Americas, Asia, Europe and the Middle-East. These awards aim to celebrate the best Sales Performance in the current year, to recognise the best worldwide partners in the Collab Platinum Partners Program.

‘1Stream has been a long-time exceptional partner for Collab with both the technical expertise and sales excellence, and it is with great honour that we present 1Stream with the first Award for Partner of the Year in Africa, 2018’, says Pedro Rodrigues, Executive Board Member of Collab.

This global award is a reflection of the solid work done in the past years and showcases 1Stream’s skills to act as a local competence centre for other partners requiring specialised assistance.

Bruce von Maltitz, co-founder and joint CEO of 1Stream says, ‘This accolade is a real tribute to 1Stream’s philosophy of focusing on the delivery of great support, backed up with best-of-breed technology and a technical team that understands what is needed to operate world-class contact centres.’

It is this ethos that has created the successful partnership seen between 1Stream and Collab, and has earned 1Stream the recognition as Partner of the Year in Africa, 2018.